How to Avoid Squatters On Your Vacant Property in Northwest Arkansas

If you own vacant property in Rogers, Benton, Little Rock or other parts of Northwest Arkansas, you may be concerned about what you’ve heard regarding squatters and the risk of losing control of your property.  While there are other risks that revolve around unoccupied property such as vandalism, rental scams, damage, or disrepair that may be more of a threat, in some cases squatters can also pose a very real problem. It is important to understand something about Arkansas state law and take appropriate steps to protect your property.

A Quick Summary of Arkansas State Law Regarding Squatters

Arkansas  law outlines what a trespasser must do and or prove in order to take possession of your house or land.  You can find the actual Arkansas law on squatters here. Squatter’s rights are more officially known as adverse possession laws.  Nolo provides a good summary of this law. We have paraphrased their summary below. 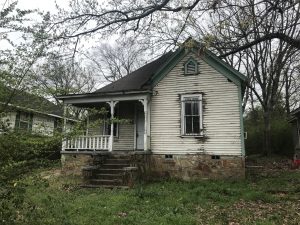 In Arkansas, adverse possession is determined by the type of trespasser’s possession and the duration of the trespasser’s possession. It is necessary for the trespasser to have: hostile (against the right of the true owner and without permission) actual (exercising control over the property) exclusive (in the possession of the trespasser alone, for example by having fenced it off) public and infamous (using the property as the real owner would, putting the original owner on notice of the possession) for the statutory duration, continuous (seven years) based on “color of title,” which is the appearance of ownership in a document, such as a deed or will, even if it is invalid, and be supported by complete tax payment for those years.

As you may have already discovered by now, it is not easy for a person to occupy your property without permission and claim that property as their own in Arkansas. However, squatters on vacant property can still be a problem and often they believe that can claim the property as their own. Therefore, they will attempt to occupy it in hopes of being able to remain for free. This means as an unoccupied homeowner, you should take steps to protect yourself and your property.

Suggestions to Protect Your Northwest Arkansas Vacant Home From Squatters

Little Rock Property Buyers specializes in helping people who own vacant houses. Perhaps you acquired the property through an inheritance, or it was a former residence that fell into disrepair that you decided to leave and move to a newer home.  Whatever the situation, we are happy to help you. You can read more about how we operate here. We have a great reputation in the Northwest Arkansas area for fairness and honesty.  We can make you a no-obligation cash offer quickly. There are never hidden fees, closing costs, or commissions. You have nothing to lose by giving our friendly professionals a call for advice and more information. You can call today at 501-580-3035.

5 Common Problems Homeowners Face With Tenants in Northwest Arkansas And What To Do About Them
July 15, 2022
How To Protect Your Vacant Property In Rogers From Being Used As A Rental Scam
July 15, 2022